An overview of the origins of Black History Month and information highlighting the contributions of Black Americans.

Here you will find information and resources that highlight the history and contributions of Black Americans. 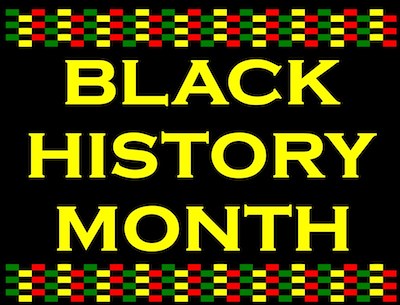 The scholar and historian Carter G. Woodson earned his PhD in History from Harvard University in 1912. While studying for his Master’s and Doctorate degrees, he was disturbed by how little representation there was of Black people and their contributions to history in his textbooks. In 1915, Woodson attended a celebration of the 50th anniversary of emancipation in Chicago. Inspired by the exhibits he saw and the overwhelming turnout of tens of thousands of people, Woodson and four colleagues founded an organization called the Association for the Study of Negro Life and History (today, the Association for the Study of African American Life and History, or ASALH).  Woodson and his colleagues began conducting research and publishing it in the Association’s journal. In order to better publicize and promote that research, the Association announced the first “Negro History Week” in February of 1926.

Woodson chose the month of February because of the month’s connection to both Abraham Lincoln and Frederick Douglass. Black communities had been celebrating Lincoln’s birthday since his assassination in 1865, and Frederick Douglass’ since the late 1890s. It made sense to build upon the celebrations already occurring during the month, rather than try to create a new framework some other time of the year.

The week-long celebration officially changed to a month-long one when President Gerald Ford declared it so in 1976. Since then, every American president has proclaimed February to be Black History Month and endorsed the ASALH’s annual theme. The shift from a week to a monthlong celebration started much earlier than that however, as early as the 1940s in some areas.

The theme for this year's Black History Month is Black Health and Wellness.

Each year, the Association for the Study of African American Life and History (ASALH) chooses a theme for Black History Month. This year, that theme is focused on Black health and wellness. 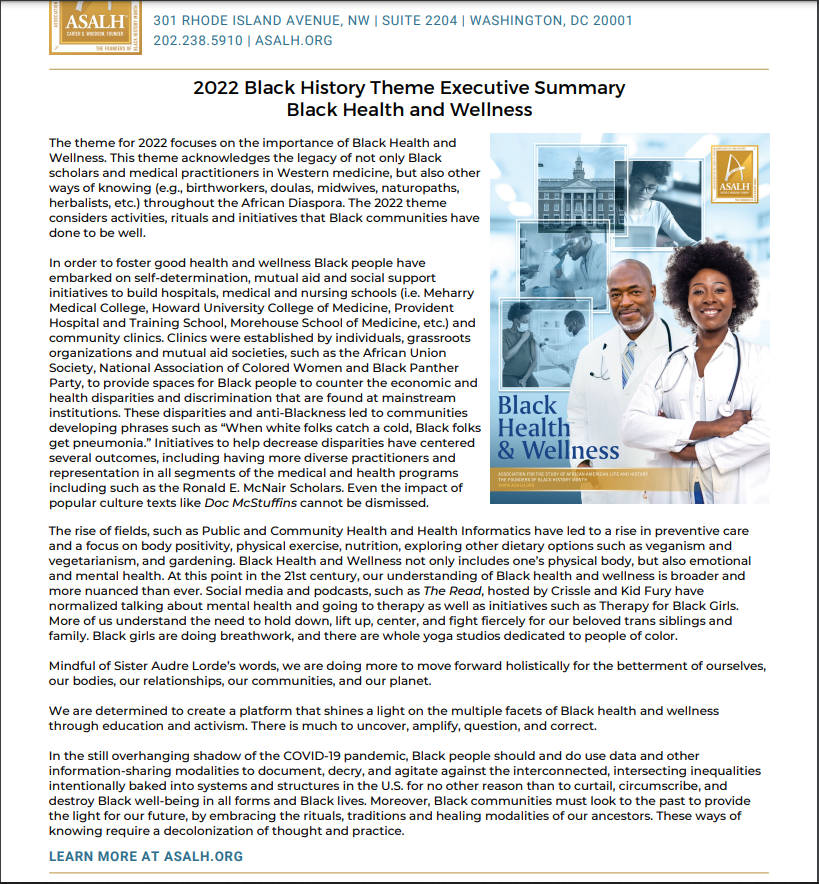 To download a PDF of this document, go to https://asalh.org/black-history-themes/

In an effort at full disclosure, it should be noted that while the collaborators on this guide have attempted to bring together quality, relevant resources, we are not immune to the limits and hidden biases of our own privileges and perspectives as allies. We welcome and greatly appreciate any feedback and suggestions for the guide; please contact any of the following people: