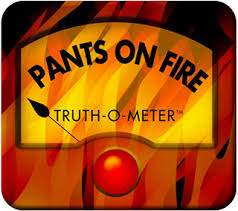 The amount of misinformation that is spread on the web is staggering. It is spread mainly via Websites, Social Networks, and Email. The Hot Topics for such misinformation are Politics, Government Policies, Religion and various Scams and Hoaxes.

Some websites have taken up the task of spreading awareness against rumors by presenting evidence and hard facts. Let’s look at some of the best sites that help us distinguish between the truth and rumors.

Fake news in the news