A libguide on how to use the library's access to the Films on Demand video service.

Films on Demand is a streaming video resource that hosts a wide range of nonfiction and informational videos on a variety of topics.

Films on Demand is updated regularly and showcases collections of videos and films pertaining to real-world events. 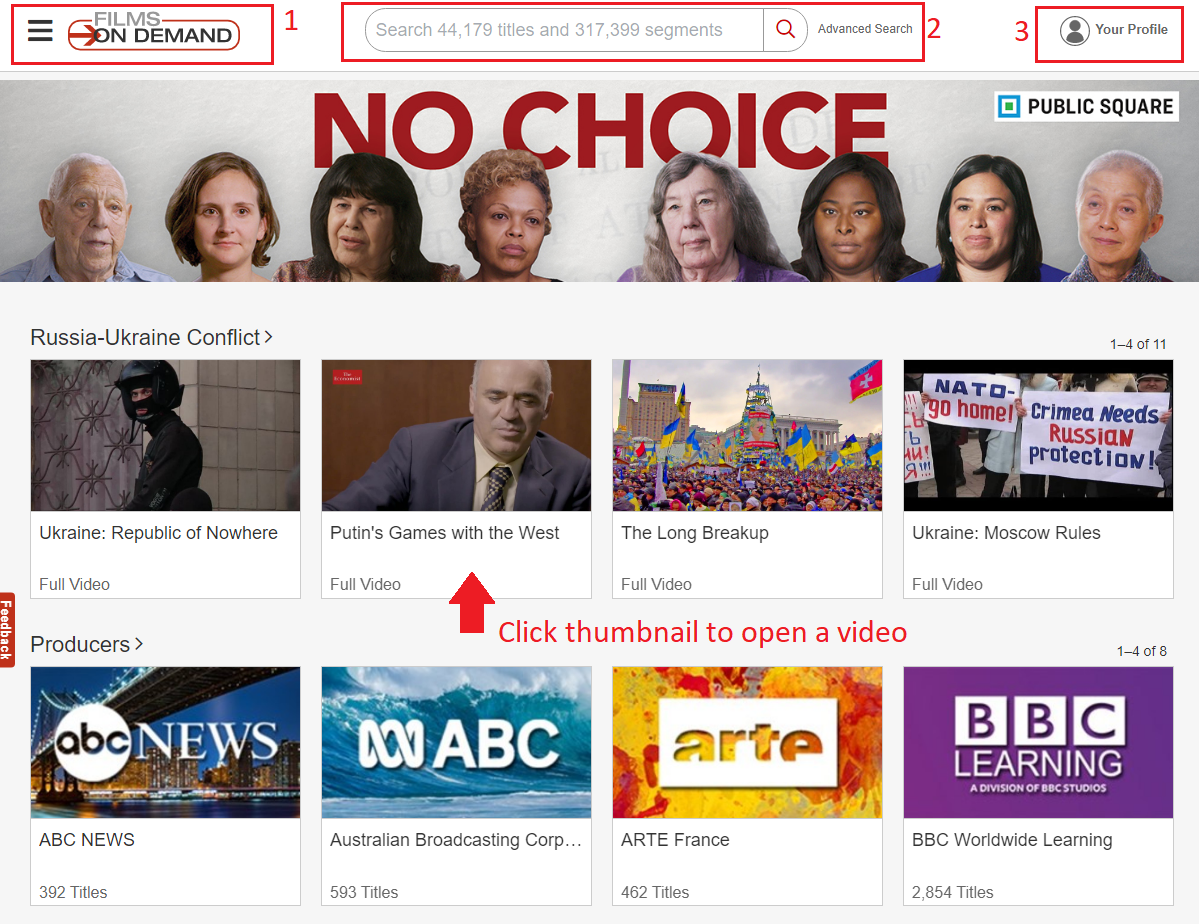 Films on Demand has several sections available to students.

1. The hamburger menu lowers to show categories and publishers.

2. You can search for titles using different keywords, titles, and publishers.

3. Your Profile houses your content and settings. This requires you to create a Films on Demand account.

Video categories are split up between 3 groups:

Subjects include different disciplines such as Biology and Information Technology, Archival Films, and Arts.

These change over time in accordance with new and pertinent topics, such as the Russia-Ukraine Conflict, Reproductive Rights, and more.

The front page of Films on Demand has a showcase on pertinent events and topics. For instance, April - June had the Russia-Ukraine Conflict highlighted, showcasing videos on Ukraine politics, the relationship between the two countries, and the political history of Russia's leader.

May had videos based on AAPI Heritage Month, including cultural videos, the history of Asian Americans in America, and biographies.