Doctor Martin Luther King Jr (January 15, 1929 - April 4, 1968) was a civil rights activist, Christian pastor, and Nobel Peace Prize Recipient. He had a bachelor's degree in sociology and a Doctorate in Theology. He was known for his non-violent civil-rights activism, speeches, non-profit work, and his connection of activism and Christianity.

Martin Luther King Jr. was born in Georgia during segregation. Heavily influenced by his pastor father, King enrolled in a local college to obtain a higher education. King enrolled in Morehouse College when he was 15, leaving high school early to attend the historically Black college. He graduated with a bachelor's degree in sociology in 1948. Afterwards, King enrolled in seminary school and then returned to upper education for his Doctorate degree in Theology from Boston University. During his college career, King served as the assistant minister for the Twelfth Baptist Church in Boston, which was known for its "abolitionist roots."

After finishing his Doctorate at Boston University, he returned to Alabama to become the pastor of the Dexter Avenue Baptist Church in Montgomery. During his initial tenure in Montgomery, the town witnessed Rosa Parks refusing to relinquish her bus seat for a white bus rider. This led to a city-wide Black-community boycott of the public bus system that lasted for over a year. This protest coincided with King's arrest and imprisonment. His imprisonment propelled King to national news as a preeminent leader in the American civil rights movement in the 1950s.

Following his national ascent, King founded the Southern Christian Leadership Conference (SCLC), created mainly to fight Jim Crow law in the South. This would entail non-violent protests modeled after Mahatma Gandhi's showcase of non-violent resistance. Dr. King theorized non-violent resistance would engender sympathetic media and public opinion. This turned out to be true when white law officials and police officers violently opposed the protests and resistance, catapulted to the national stage by thorough televised media coverage. While in a leadership position, King & the movement saw the passing of the Civil Rights Act in '64 and the Voting Rights Act in '65.

From 1959 - 1963, King organized sit-in protests nation-wide to promote the fight against segregation. This would ultimately lead to the abolishing of segregation in the town of Birmingham, Alabama, and the subsequent resignation of the town's Chief of Police after he deployed police dogs and pressurized water jets (designed to combat violent riots) against peaceful sit-in protestors. During this time, King was imprisoned twice. His latter imprisonment led to him writing the influential "Letter from Birmingham Jail", which urged protestors to continue to combat inequality through protest, in response to white politicians and the white community at large urging the Black community to use legal and civil means, rather than public protests.

One of the most important events in King's history was when he participated in the 1965 Selma-Montgomery March with other civil-rights and Black rights activists. This march was televised nationally, displaying attacks, counter-protests, and violence against the marchers. King delivered his "How Long, Not Long" speech when the march ended in Montgomery. Six months later, President Lyndon B. Johnson signed the Voting Rights Act, banning Black disenfranchisement.

On April 4, 1968, Martin Luther King Jr. was assassinated while staying at the Lorraine Motel in Memphis, Tennessee during a sanitation worker strike. James Earl Ray shot King with a Remington rifle, then fled the scene. Ray was apprehended at Heathrow Airport in London, England, when trying to fly to Apartheid South Africa. He was sentenced to 99 years in prison, later extended to 100 years in prison after a successful prison escape and subsequent re-capture.

President Lyndon B. Johnson called for a national day of mourning on April 7, '68. In 1983, Congress commemorated King's legacy by designating the third Monday in January Martin Luther King Jr. Day. 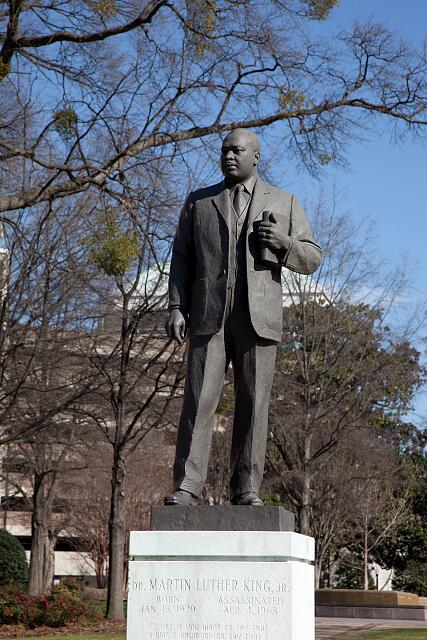 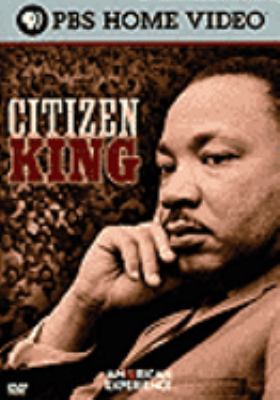 This story begins on the steps on the Lincoln Memorial in August 1963 when a 34-year-old preacher galvanized millions with his dream for an America free of racism. It comes to a bloody end almost five years later on a motel balcony in Memphis, Tennessee. In the years since those events unfolded, the man at the center, Dr. Martin Luther King Jr., has become a mythic figure, a minister whose oratory is etched into the minds of millions of Americans, a civil rights activist whose words and image are more hotly contested, negotiated and sold than almost anyone else's in American history.

Dr. Martin Luther King, Jr.'s historical struggle to secure voting rights for all people. A dangerous and terrifying campaign that culminated with an epic march from Selma to Montgomery, Alabama in 1964.
"The unforgettable true story chronicles the tumultuous three-month period in 1965, when Dr. Martin Luther King, Jr. led a dangerous campaign to secure equal voting rights in the face of violent opposition. The epic march from Selma to Montgomery culminated in President Johnson signing the Voting Rights Act of 1965, one of the most significant victories for the civil rights movement. Director Ava DuVernay's "Selma" tells the story of how the revered leader and visionary Dr. Martin Luther King, Jr and his brothers and sisters in the movement prompted change that forever altered history.